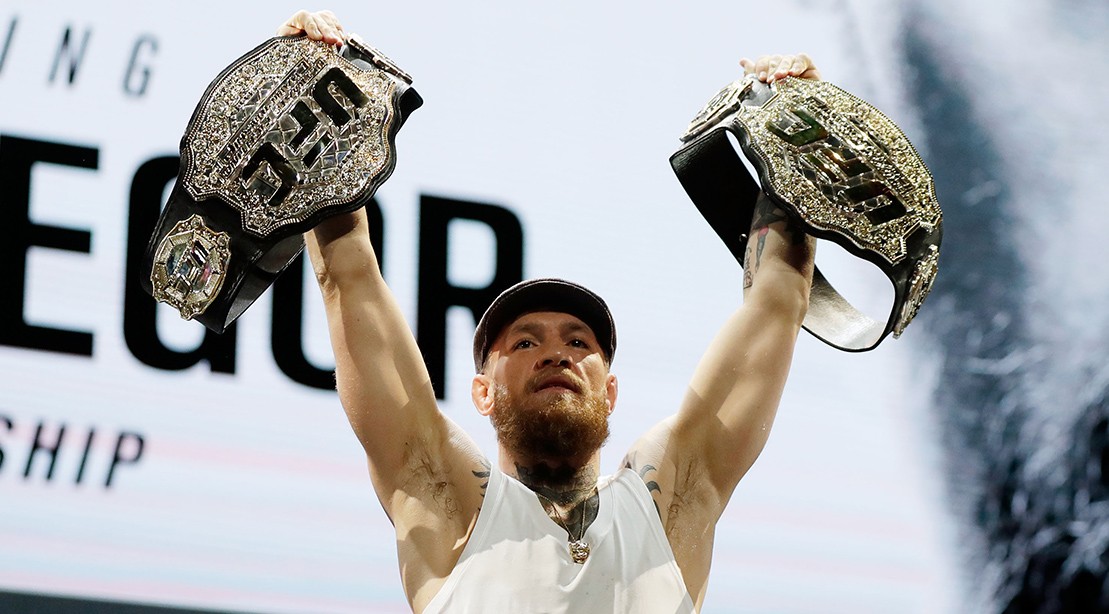 Conor McGregor has officially decided to retire from mixed martial arts. The announcement was swift, and came via a tweet just several hours after an appearance on The Tonight Show with Jimmy Fallon aired.

Hey guys quick announcement, I’ve decided to retire from the sport formally known as “Mixed Martial Art” today.
I wish all my old colleagues well going forward in competition.
I now join my former partners on this venture, already in retirement.
Proper Pina Coladas on me fellas!

McGregor caps off an amazing career that included a 21-4 record, being the first every multi-division champ in the UFC (featherweight, lightweight), and one of the best combat sports entertainers to ever do it. Naturally, after one of the most popular UFC fighters retired, some former, fellow fighters chimed in:

There can be only one king in the jungle.
Only pic.twitter.com/BuqVNUkoR0

Second round is on me https://t.co/1liGxXhVTG

Hmmm.. to young bro @TheNotoriousMMA the whisky high don’t compare to getting that arm raised. Not much does! U going to miss it! Buckle down and train youngster https://t.co/PQQcZzQrsw

UFC President Dana White was also very empathetic toward McGregor’s decision in a recent statement. “He has the money to retire, and his whiskey is KILLIN’ it,” White said. “It totally makes sense. If I was him, I would retire too. He’s retiring from fighting, not from working. The whiskey will keep him busy, and I’m sure he has other things he’s working on. He has been so fun to watch. He has accomplished incredible things in this sport. I am so happy for him, and I look forward to seeing him be as successful outside of the octagon as he was in it.”

The announcement comes just weeks after McGregor’s recent arrest, when he destroyed a fan’s phone. The champ recently lost a match to Khabib Nurmagomedov, and some fans were expecting to see a rematch in the future.

Prior to his retirement, McGregor seemed in good spirits during an appearance on The Tonight Show with Jimmy Fallon, where he gave Fallon a tasting of his Proper No. Twelve whiskey and sang some Irish songs at New York City’s Paddy Reilly’s pub. McGregor didn’t hint at retirement during the interview and even said that he was in talks for a July match and was eager to fight.

"To my fans, I’m in good shape, and I’m ready to fight," he said. Several hours later, after The Tonight Show aired, McGregor announced his retirement on Twitter.

Although The Notorious has retired, his whiskey brand is worldwide and we’re sure we will be seeing his face around pretty often. In addition to his whiskey, McGregor is about to drop the second line of luxury clothing under August McGregor, a collection of sweatshirts, caps, shirts and more in collaboration with designer David August.

As far as a return to the octagon, he could potentially come back after a few years hiatus like the legendary George St. Pierre.